What Makes YETI Coolers So Special and Cost So Much?

Okay, you know you’ve heard this brand name – Yeti. No, we’re not talking about a sasquatch that lives in the mountains in Antarctica, but we’re talking about the cooler. Yeti coolers are one of the highest quality and most often sought out coolers on the market, but they are remarkably more expensive that popular brands of budget coolers like Igloo’s. Why is that? Well, we’re going to get to that soon, and maybe you’ll end up wanting to buy a Yeti for yourself – whether you’re wanting a good lunch box for work, or a cooler that will last you for all of your long trips!

First off, there’s the whole supply and demand factor. Yeti’s are the most wanted brand name out there. Because of this, and the steady but smaller supply, Yeti’s are more expensive from this alone. When it comes to professionally molded coolers, Yeti takes the top compared to every other brand – which makes people want to buy them more. It’s kind of like the difference between Wal-Mart steel toed boots vs. a pair of Red Wings. People want the Red Wings because they have a lifetime warranty and are just overall better. Or the difference between a budget phone and an iPhone. Yetis are the one company that take the brand to a whole new level. Ant it isn’t that it’s a brand that people just want – it’s about the fact that they cater to people’s needs too.

Yeti Has Been Around the Block (and Then Some)

Yeti was one of the first big name coolers to come out since the old Igloo coolers of the 1980s and 90’s. Because of this, they were the first brand of over manufactured coolers. This means that they were one of the first to offer the sort of capability and durability on the market. Having the additional boost of time has made them grow to be even more popular. If you buy a Yeti now compared to back then, you may even notice a lot of quality differences.

Holding Back When Necessary

One of the coolest things that worked for Yeti, is controlling where their distribution went to. At first, they only decided to sell at local shops, gas stations, truck stops, etc. By not “selling out” to the mainstream, they were able to withhold their own budget, keep their own profit control, and keep them from being distributed in stores like Wal-Mart. As a matter of fact, years ago, Costco ended up getting some Yeti coolers and the entire line was shut down so they could figure out who leaked the coolers to the big-name retail chain stores. Once they got the problem solved and nipped in the butt, then the Yeti coolers pulled off the shelves, they finally resumed progress and manufacturing of the amazing coolers. By operating on a thin market margin, they were able to sell more, become more desirable, and they STILL have not gone on sale.

The Materials and Build Are Incomparable

When you get ahold of a Yeti, it’s like holding a safe. No, seriously. Compared to other high-quality builds, Yeti has topped other brands because they have remarkable durable plastic in the plastic models, and some are even lined with steel to make them even more durable. There are even models of Yeti that are almost bulletproof!

Have you ever had a phone that had an otter box on it? You have to spend a lot of money, but you’ll notice that someone with an iPhone 10 that has an otter box on it spends a fortune compared to someone who has a basic Android phone with an Otter Box on it. This is about what Yeti’s are like – durable, sleek, and virtually indestructible. That alone is another reason why they’re more expensive.

Another thing that makes Yeti coolers so popular and expensive, is the fact that they can hold ice in them for up to 10 days. Yes, over a week. They have a lot of insulation; they are so durable that even a bear can’t crack them easily. Another thing though, is all of the extra features. You can even buy special yeti’s that have been custom-made to have built-in cooling fans. What? No way! Yes way!

The Yeti brand and cooler design hasn’t changed much, but because they have remained just as top-quality as the rest of them. So yes, basically, these are the reasons why Yetis are so expensive too. By having a highly manufactured cooler, that’s already top of the line, they haven’t had to change much. They’re pretty set in their ways – however, their features have become something that other cooler brands just can’t replicate no matter how hard they try. Some other areas are more innovative than other coolers too, but they just aren’t engineered with the same high quality that a Yeti cooler is.

Are Yeti Coolers Worth It?

Heck yes, they are! Whether you’re just getting a Yeti cup, or a lunchbox, or even a full-blown Yeti hard cooler, they are all worth it. Most people who own an iPhone don’t switch to other phones for a reason – Yetis are about the same as that. Once you go Yeti, you’ll want to always have that same durability and cooling ability that you can’t get with another cooler. It’s about like switching to 1GB fiber internet. You just don’t want to go back to DSL because it’s not the same, even if it’s still high-speed internet.

So, there you have it. Yetis are expensive because of everything they bring to the table. From the branding, the advertising, the way that they distribute the coolers, and the innovative yet awesome quality and way the coolers are finished is a one of a kind experiences that you can’t get with other coolers. Therefore, you’re going to want to look into buying a Yeti cooler, and then see if you want to buy a knockoff. Chances are, you won’t want to – you won’t get the same kind of quality that you get with a Yeti?

Heading out for a picnic with friends and family? Are you excruciatingly thinking of a suitable…

Hi! I'm Lauren and I love to travel. Follow along as I travel around the globe and share my favorite places. 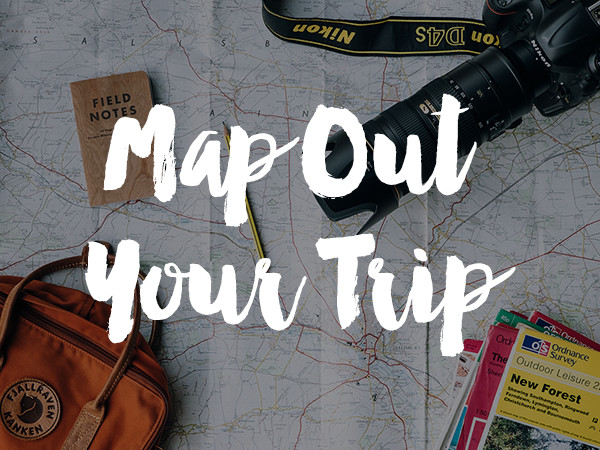